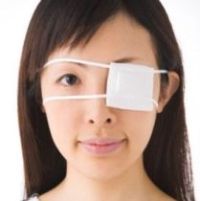 Amblyopia is a term used to describe an uncorrectable loss of vision in an eye that appears to be normal. It’s commonly referred to as “lazy eye” and can occur for a variety of reasons. 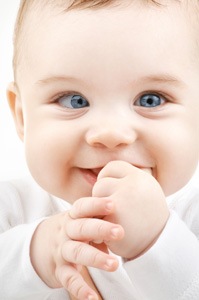 A child’s visual system is fully developed between approximately the ages of 9-11. Until then, children readily adapt to visual problems by suppressing or blocking out an image. If caught early, the problem can often be corrected and the vision preserved. However, after about age 11, it is difficult if not impossible to train the brain to use the eye normally.

Some causes of Amblyopia

Amblyopia may occur in various degrees depending on the severity of the underlying problem. Some patients just experience a partial loss; others are only able to recognize motion.

Patients with Amblyopia lack binocular vision, or stereopsis – the ability to blend the images of both eyes together. Stereopsis is what allows us to appreciate depth. Without it, the ability to judge distance is impaired.

Note: Children rarely complain of poor vision. They are able to adapt very easily to most visual impairments. Parents must be very observant of young children and should have a routine eye exam performed by the age of 2-3 to detect potential problems.

Detection and Diagnosis
When Amblyopia is suspected, the optometrist will evaluate the following: vision, eye alignment, eye movements, and fusion (the brain’s ability to blend two images into a single image).

Treatment
The treatment for amblyopia depends on the underlying problem. In some cases, the strong eye is temporarily patched so the child is forced to use the weaker eye. For children with problems relating to a refractive error, glasses may be necessary to correct vision. Problems that impair vision such as cataracts or droopy eyelids often require surgery. Regardless of the treatment required, it is of utmost importance that intervention is implemented as early as possible before the child’s brain learns to permanently suppress or ignore the eye.

We use cookies on our website to give you the most relevant experience by remembering your preferences and repeat visits. By clicking “Accept All”, you consent to the use of ALL the cookies. However, you may visit "Cookie Settings" to provide a controlled consent.
Cookie SettingsAccept All
Manage consent

This website uses cookies to improve your experience while you navigate through the website. Out of these, the cookies that are categorized as necessary are stored on your browser as they are essential for the working of basic functionalities of the website. We also use third-party cookies that help us analyze and understand how you use this website. These cookies will be stored in your browser only with your consent. You also have the option to opt-out of these cookies. But opting out of some of these cookies may affect your browsing experience.
Necessary Always Enabled
Necessary cookies are absolutely essential for the website to function properly. These cookies ensure basic functionalities and security features of the website, anonymously.
Analytics
Analytical cookies are used to understand how visitors interact with the website. These cookies help provide information on metrics the number of visitors, bounce rate, traffic source, etc.
Others
Other cookies are those that do not belong in any other category above.
SAVE & ACCEPT
Powered by